We maintain that three new facts of the Anglican Communion must be faced. We are past the time when they can be reversed. First, some Anglicans have sanctified sinful practices and will continue to do so whatever others may think. Second, churches and even dioceses affected by this disobedience have rightly withdrawn fellowship while wishing to remain authentic Anglicans.

So-called 'border-crossing' is another way of describing the provision of recognition and care for those who have been faithful to the teachings of Holy Scripture. Third, there is widespread impaired and broken sacramental communion amongst Anglicans with far-reaching global implications. The hope that we may somehow return to the state of affairs before is an illusion.

It is far from saying that its membership are the only true Anglicans or the only gospel people in the Anglican Communion. We thank God that this is not the case. But the movement recognises the acute spiritual dangers of a compromised theology and aims to be a resource and inspiration for those who wish to defend and promote the biblical gospel.

The Fellowship of Confessing Anglicans will function as a means of sharing in this great task. We invite individuals, churches, dioceses, provinces and parachurch organisations who assent to the Jerusalem Declaration to signify their desire to become members of the Fellowship via the GAFCON web-site or written communication with the Secretariat. The Fellowship will develop networks, commissions and publications intended to defend and promote the biblical gospel in ways which support one another. At the same time, the Council and its Advisory Board will seek to deal with the problems of those who have confessed the biblical faith in the face of hostility and found the need on grounds of conscience and in matters of great significance to break the normal bonds of fellowship in the name of the gospel.

For the sake of the Anglican Communion this is an effort to bring order out of the chaos of the present time and to make sure as far as possible that some of the most faithful Anglican Christians are not lost to the Communion. It is expected that priority will be given to the possible formation of a province in North America for the Common Cause Partnership. Noting the reference to building bridges with GAFCON in the Archbishop of Canterbury's concluding Presidential Address at Lambeth, and that the Lambeth Conference itself made no decisions about the future of the Communion, we are grateful that there is an acknowledgement that Lambeth 1.

We also note the renewed call for moratoria on the consecration of bishops who are homosexually partnered and the blessing of same-sex unions as well so-called 'border-crossing'. Likewise there is mention of the creation of a 'Pastoral Forum' to look after disaffected parishes or dioceses and continued work on an Anglican Covenant. We hope in due course to offer a longer response to Lambeth. Meanwhile we are saddened that the Conference did not offer a more effective way forward than what is proposed.

Our immediate difficulty is that the voice of Lambeth is seriously weakened because it merely repeated what has been said by the Primates' Meeting in Gramada early , Lambeth October , Dromantine, February and Dar es Salaam, February and which has proved to change nothing. Indeed the Windsor Continuation Group itself made the same point, 'The three moratoria have been requested several times: Windsor ; Dromantine ; Dar es Salaam and the requests have been less than wholeheartedly embraced on all sides The failure to respond presents us with a situation where if the three moratoria are not observed the Communion is likely to fracture.


But the Communion fractured in , when our fellowship was 'torn at its deepest level. Indeed, delay itself seems to be a strategy employed by some in order to resolve the issue through weariness. The Anglican Covenant will take a long time to be widely accepted and may have no particular force when it does.

The idea of 'moratoria' has never dealt with the underlying problem as is shown by the equivalence of cross-border care and protection with the sexual sins which have caused the problems. In any case, some North American Bishops appear to have indicated already that they will not keep to them.

It appears that people living in a homosexual unions continue to be ordained in some dioceses in contravention to Lambeth 1. In principle, this is no different from consecrating a bishop who adopts the same pattern of life, or indeed, of blessing same-sex unions. The idea of the Pastoral Forum has only now emerged but has never been discussed with those actually affected by the innovations which have created the problems with which we are trying to deal see appended letter.

If the Panel of Reference did not work, it is unclear how the Pastoral Forum will succeed. Given that some esteemed colleagues from the Global South have strongly commended the Windsor Process to us, we are reluctant to say that it cannot work. But there is nothing new here such as to make us hesitate from the course we are taking, given the urgency of the situations with which we are dealing and the realities already on the ground.

As they themselves remark, 'the Anglican Communion as a communion of ordered churches is at the probable brink of collapse'. We warmly appreciate the good words which they have written about GAFCON and look forward to co-operation with them in the future as we ourselves try to avoid that collapse and renew the Communion. The Most Rev'd Peter J.

We represent approximately congregations, with more than clergy and an Average Sunday Attendance of 50, We are profoundly grateful for the privilege of serving as Bishops during this critical time in the life of the Anglican Communion. We have been blessed by the encouragement that we have each received from our Primates and the House of Bishops of our respective Provinces. R 59, Operation Hydra. Beg Me To Slay. Lisa Kessler. R , The Alpha's Fight. Michelle Fox. R 57, Her Empath.

Erin Kellison. R 49, The City Beneath. 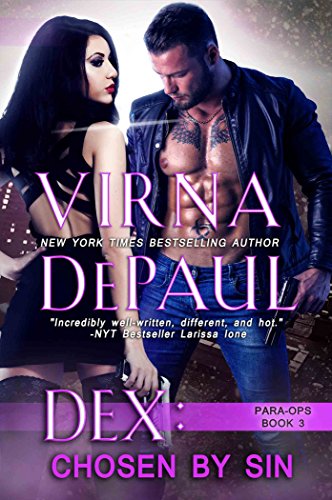